Share a memory
Obituary & Services
Tribute Wall
Read more about the life story of William "Bill" and share your memory.

On December 18, 2022, William “Bill” Mercier passed away at home with his family around him.  We know he is now in Heaven with his Lord and Savior.

Dad graduated from Lambert High School in 1950.  On November 20, 1951, Bill married Edna Irene Sharbono.  They lived in Lambert until Bill was drafted into the United States Marine Corps in 1952.  Bill was stationed at Camp Pendleton, California.  Edna went with him and they lived there until Bill received orders to go to Korea to take part in the war.  The war had ended before the ship reached Korea so he then went to Japan.

Edna returned to Montana, and their daughter Diane Lee was born in 1953.  Bill was discharged in 1954 and they made their home in Sidney.  In 1955, Randy Scott was born and in 1960, Kevin William completed the family.

Bill started his trucking career in Sidney delivering gasoline to local farmers and just kept trucking!  I was a job he loved.  He had quit a couple of times to try something else but always went back to the truck.

In 1971, they moved their family to the Laurel area and have resided there since.  Bill and Edna recently celebrated their 71st anniversary.  They loved spending time with their family and watching their family grow up.  A favorite past time was getting together with everyone for the annual camping trip.  The memories made on those camping trips will never be forgotten!’

Dad was a very caring and loving person.  If you needed help he was always there to help in any way that he could.  He loved teasing the kids and they loved it too!  Tauni made the comment, “Grandma, I know why you’ve kept Grandpa around all these years – it’s because he’s so entertaining…”

“You will be missed, but we will see you again in Heaven!”

Memorial Services are planned for the spring of 2023. 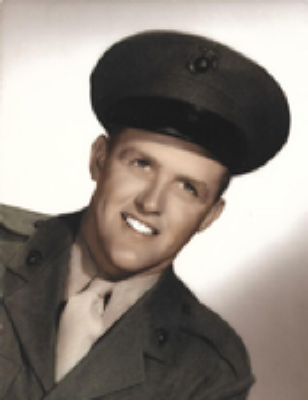 You can still show your support by sending flowers directly to the family, or by planting a memorial tree in the memory of William "Bill" Herbert Mercier
SHARE OBITUARY
© 2023 Remington Funeral Chapel. All Rights Reserved. Funeral Home website by CFS & TA | Terms of Use | Privacy Policy | Accessibility