Share a memory
Obituary & Services
Tribute Wall
Read more about the life story of Gerald "Jerry" and share your memory.

Gerald Lee “Jerry” Simons, 74, of Park City, passed away Tuesday December 20, 2022 with family and friends by his side.  Jerry was born November 17, 1948 to Clifford and Zelma (Trusket) Simons in Columbus, Montana.  He grew up in Park City and was an outstanding football and track athlete.  He played on the State Class C Basketball Championship team in Helena.  He graduated from Park City High School in 1968.

Following graduation, Jerry enlisted in the United States NAVY during the Vietnam War and was later Honorably Discharged.  He was a proud member of the Park City American Legion Post 100, serving in the Honor Guard every Memorial Day.

He married his wife of 44 1/2 years, Betty Ann DeVries on April 7, 1978 at the Laurel United Methodist Church.  Jerry worked for Pierce Packing Company, Cenex Harvest States Refinery and Fish Wildlife and Parks.  Jerry loved to hunt, fish and camp with his family and friends.

He had gotten several elk, but not the “Dream 6-point Elk” until this last season in Winnett; finally getting his wish! He wanted to see this elk mounted on the wall but we will proudly hang this mount in Jerry’s memory.

He enjoyed processing wild game with his nephew Jimmy.  Together they worked many long nights processing elk, deer, moose, buffalo and even a bear. After the harvest, they made potato sausage and pepper sticks

Jerry will be remembered for his honesty and strong work ethic.  He was always there to help others.

A special thank you to family and friends for all their generosity, love and support during this difficult time and also Veterans Affairs.

A Memorial Graveside Service with military Honors is planned for Saturday May 27, 2023 at 3:00 pm at Park City Cemetery..

Memorial contributions may be made in Jerry’s name to the Park City American Legion Post 100  Park City, Montana 59063

Full obituary information may be viewed at www.remingtonfuneralchapel.com 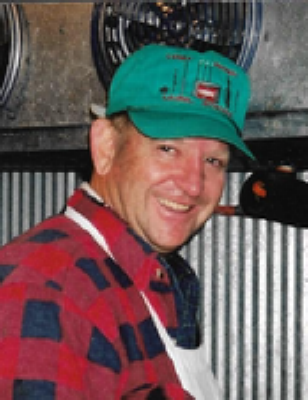 You can still show your support by sending flowers directly to the family, or by planting a memorial tree in the memory of Gerald "Jerry" Lee Simons
SHARE OBITUARY
© 2023 Remington Funeral Chapel. All Rights Reserved. Funeral Home website by CFS & TA | Terms of Use | Privacy Policy | Accessibility