Share a memory
Obituary & Services
Tribute Wall
Read more about the life story of Dale and share your memory.

Schmidt and a brother George Lamphier

He joined the United States Navy in 1943 at the age 17. He served in WWII aboard the battleship USS

Pennsylvania (BB38) in the South Pacific where he was an anti-aircraft gunner. He saw action

at Saipan, Guam, the Philippines and many other islands. It is reported that his battleship fired

the most shells of any ship during that war. He survived many kamikaze and bombing attacks ,

and on the last day of the war, the “Pennsy,” was torpedoed and almost sunk.

Following his discharge in 1946 , he returned to Wausau and met his wife and love of 74 ½

years, Emma Weisser. He attended the Gale Institute in Minneapolis, Minnesota, where he learned

the art of telegraphy and accounting. They drove out to Montana in 1949 (reportedly one of the

coldest Montana winters on record) where he worked for the Great Northern Railroad, which

later became the Burlington Northern Santa Fe, for 37 yrs. He worked as a Depot Agent in

several small towns on the “High Line” before landing at Plentywood for 17 years. There, he

was elected to the city council and was Mayor for 7 years.

The decline of the railroads facilitated moves to Williston, NorthDakota, Miles City,  and finally to

Dale was a very well respected, honorable and a kind man. He was always a help to his family,

friends and neighbors, and was known ( and in demand) as a good dancer, Dale had a great voice,

tickled the piano keys a little, could manage a couple polkas on the accordion and could ice

skate circles around you in those younger years. He loved the outdoors, hunting, fishing and

tinkering at his workbench trying to fix and re-purpose, instead of discarding the imperfect.

Like so many of “The Greatest Generation,” he started with little and accomplished much. A

member and commander for the VFW, honor guard, post treasurer and always available to help

He is survived by his wife, Emma, their 5 children; Dale Jr. (Victoria) of Phoenix, AZ, Rodney

"Dad, you’ve earned the respect of your friends and peers, and forever have the love of your family.

You are greatly missed and will be remembered. There is nothing else you need do here. Be at

peace and know you left this world a better place. We will take it from here. God speed...".

Condolences  may be shared at,

A Memorial Graveside Service with Military Honors will be held 10:00 am Monday April 3, 2023 at Yellowstone National Cemetery with a reception to follow at St. Anthony's Catholic Church fellowship hall. 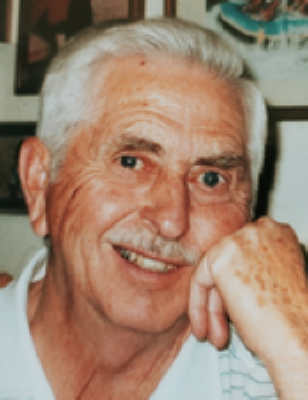 You can still show your support by sending flowers directly to the family, or by planting a memorial tree in the memory of Dale Arthur Lamphear